How About We Not Be Perfectionist During a Pandemic?

Sorry I've been quiet: I've been finishing my latest book, Productivity is Power: 5 Liberating Practices for College Students. I'll have more to share on that shortly.

I'm compelled to write now, however, because there's been a spate of posts by people who seem to think that shaming others for their supposed underproductivity during a pandemic is useful. 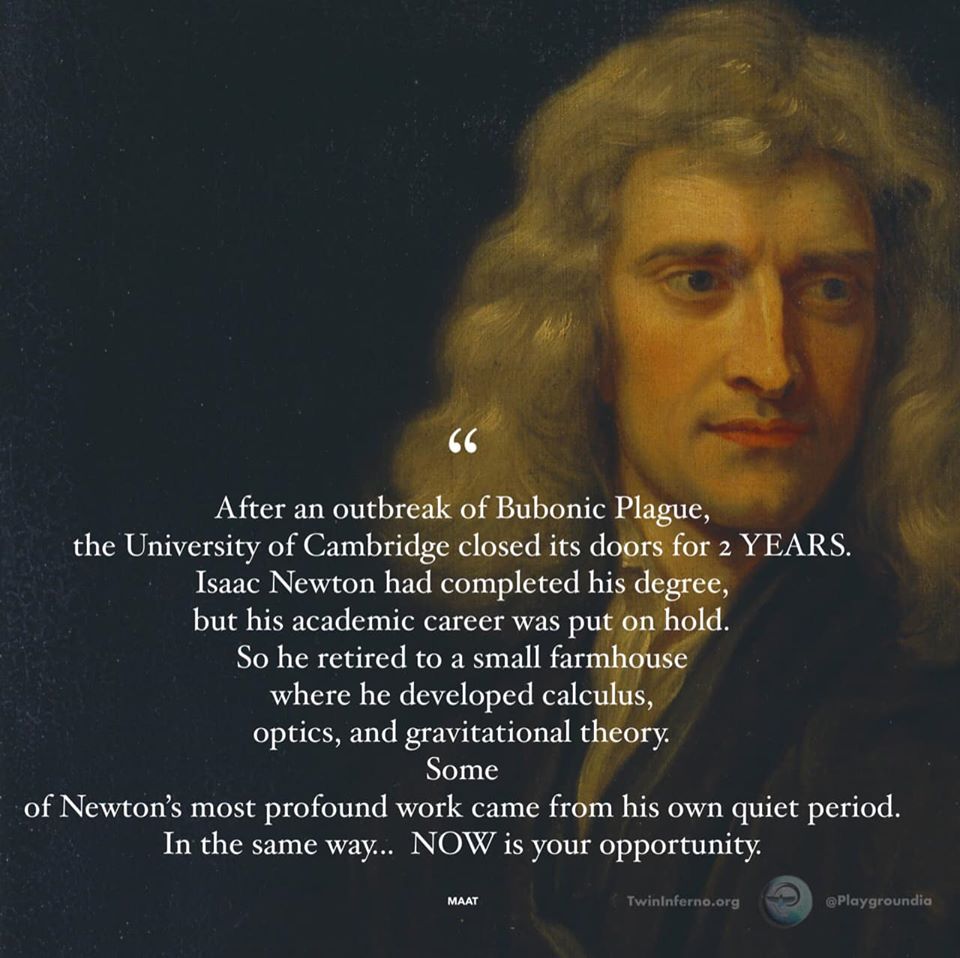 Just a reminder that when Shakespeare was quarantined because of the plague, he wrote King Lear.

Implicit in the above, as in most perfectionist statements, is a comparison. Perfectionists will compare themselves to anyone—famous, obscure, living, dead—and on any criterion (looks, wealth, popularity, productivity, etc.).

They'll even compare themselves to themselves at a higher level of performance (e.g., their productivity during peaceful times).

They'll also compare themselves to an idealized version of how they think they should behave (e.g., "I should work with complete focus no matter how chaotic and stressful things are.")

And they'll even compare themselves to singular historical geniuses! (Who also benefited from colonial wealth, massive amounts of what we now call white male privilege, and other advantages.)

Perfectionist comparisons hurt. In fact, they're designed to hurt: to bully and shame you into working harder. But perfectionism never helps, and always makes things worse. Even when it seems to work in the short term, it just leaves you more fearful and disempowered around your work, and thus less able to do it in the future.

Fortunately, however, the world seems to be catching on. Rosanne Cash got a lot of pushback on her tweet, including this beaut—

—which I love because it makes the perfectionist subtext to Cash's tweet explicit.

Fair point, but I'll bet he had childcare.

The good news is that you can teach yourself to not be perfectionist. You do this by gently (key word!) correcting yourself whenever you catch yourself saying, or thinking, some version of, "I should be doing better...." Instead, substitute, "I'm doing the best I can, and that's okay." (Which may sound trite, or like you're making excuses, but actually happens to be the whole truth.)

And be sure, when making comparisons, that they're accurate and balanced. (Or, better yet, stop comparing!)

Take care, stay safe, and thanks to L for the inspiration. (Below, some related links.)

Perfectionism is All Lies and Oversimplifications, Part One Million

Why We’re Such Poor Appreciators of Our Own Work